Accept well the Kingdom by its qualities"

The Prophete Elijah Nzeza the seed of Jesus

But it was the Lord who decided
to crush him and make him suffer.
The Lord made his life a penalty offering,
but he will still see his descendants and live a long life.
He will complete the things the Lord wants him to do.

The Lord told me said, "You’re my answer by Isaiah 11

The King of Peace Is Coming (New David)

A new branch will grow
from a stump of a tree;
so a new king will come
from the family of Jesse.[a]
2 The Spirit of the Lord will rest upon that king.
The Spirit will give him wisdom and understanding, guidance and power.
The Spirit will teach him to know and respect the Lord.
3 This king will be glad to obey the Lord.
He will not judge by the way things look
or decide by what he hears.
4 But he will judge the poor honestly;
he will be fair in his decisions for the poor people of the land.
At his command evil people will be punished,
and by his words the wicked will be put to death.
5 Goodness and fairness will give him strength,
like a belt around his waist.

Today Friday, the 7th day of month of August 2015 about 4 o'clock in the morning.

The Lord told me:

"THE ORDER HAS CAME TO PLANT GOD’S AUTHORITY ".

The Lord told me, "When the order comes no one will disrupt you."

The end of the Catholic Church’s reign is closed

In my vision, I saw the physical spiritual presence of the current Pope Francis who was alone before the gateway to my plot, he had tried how to find access to free entry to my home but he perceived something suspect and when he turned his face by behind, suddenly he saw me I was behind him, seeing me, he was surprised the Pope took leakage without taking into account that it is the head of the Catholic Church. He run through the neighborhood with his conducting prayer’s robe sessions. So I asked God why he run in this way looks like my face brought him as of fire, the Lord replied: "he run because of his magic’s life." But the Lord said and said, "You, you live by the glory of Jesus, your priority is to the glory of Jesus." Jesus continues to speak, "When the order of God comes no one will interfere you. At that time no person will be able to shake you up." The Lord said, "The word of God is sincere and true by which no body may confuse it."

After I heard the voice of the Holy Spirit of God spoke to me imitating the voice sound of Brother Simon we pray in the Kingdom of God, said: "you Elijah Nzeza." You're not like the King of Saudi Arabia or any King over all the Earth, you are above all the Kings over all the Earth. "
Now the Holy Spirit told me to glorify God: "Thank you YAHWEI we say you thank you."

A year later, God accomplished his word to give HIS ORDER for the truth of the Kingdom of God/the Kingdom of Kongo which will be dominated over all the

Earth. The authorities dominating over the Earth have seen the LIGHT of the Kingdom of Jesus stationed in respect where the Lord’s servant Elie Nzeza is located, but the power of the kingdom has blocked them. That our Lord be praised, Amen!​​

The true Road is the Lord Jesus Christ

We are working to update the good news 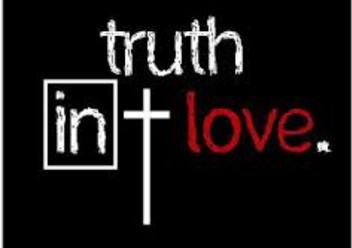 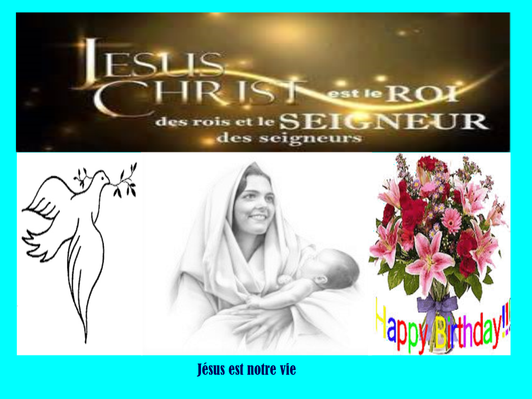 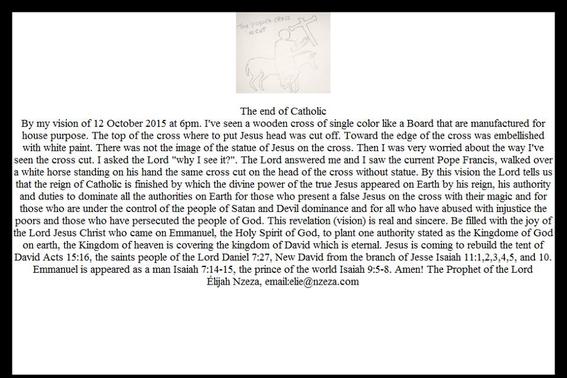 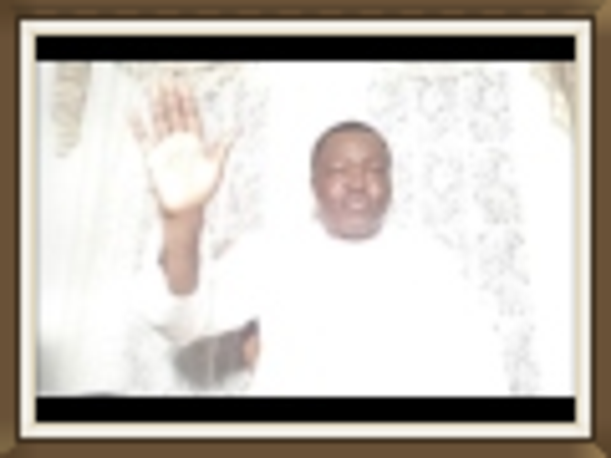 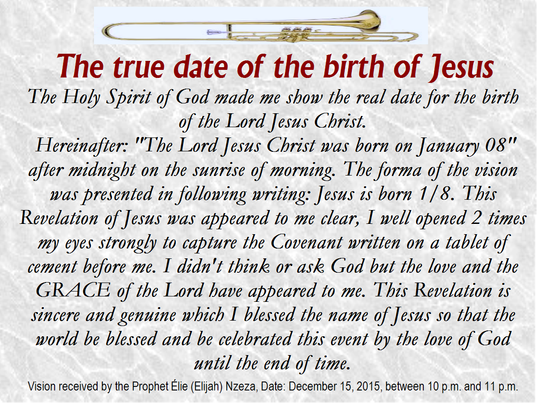 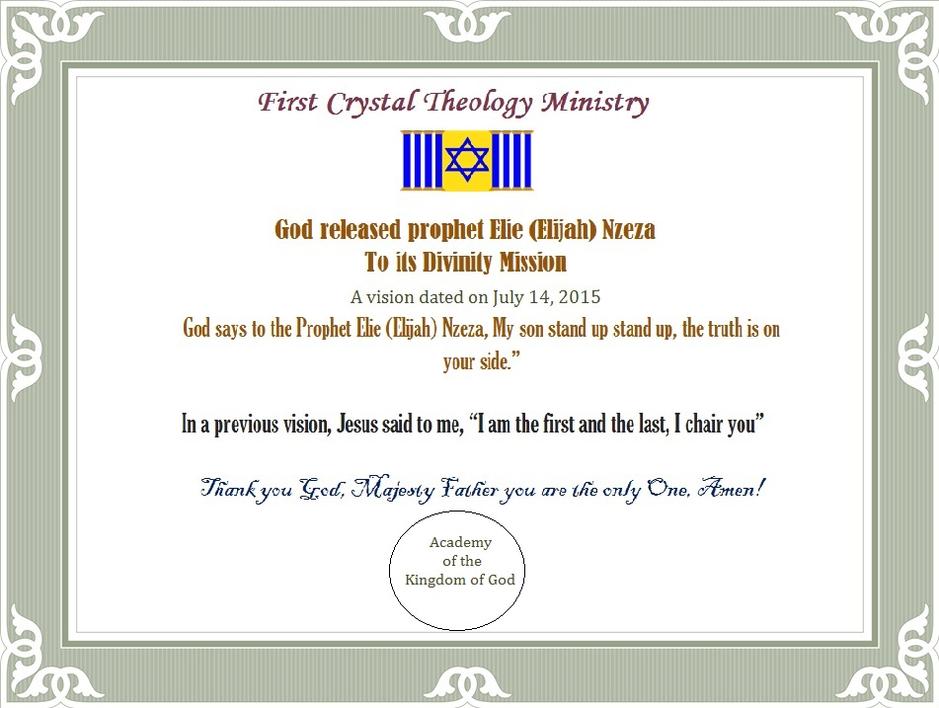 Heavenly Father, the God of all universal, you are the only One God, in You we trust, you are the God which exist. Many peoples of the world have corrupted because of the instability’s power, many have escaped or losing directions because they didn’t find the truth of your word. Now the Kingdom of heaven has come to save your people because of the redemption of the Lord Jesus Christ

Father man is not exceptional but your word is exceptional when is perfectly conducted to those you have chosen as your servants on earth.(Daniel 7:27)

The Lord Jesus came on earth as a true redeemer for our lives, Jesus has accomplished his mission as you have sent HIM on the ground. Before Jesus left, He promised to us about the Holy Spirit. After his ascension back to you, the word of the promise has accomplished for the GIFT of the Holy Spirit of God. Everything you have minded on the beginning of the world has accomplished and your will is done and his continue to be perfect to the end of the times. (Isaiah 46:10-11)

In the Mighty Name of Jesus, Amen!


Your true Road is here in the Kingdom of God by the "First Crystal Theology Ministry" don't misse it we are on the END TIME.