God says, “Elie Nzeza is an image and a letter.”

I've seen a few names displayed before me but my name was not seen. I asked the Lord why my name is not displayed. The Lord showed me a picture in which I saw myself that I'm at the top like in heaven. By this image, God responded to me that I am not of the earth but rather I'm from above as in heaven. After the Lord spoke to me thus: "I, Elie Nzeza I am an image and a letter." AMEN! The love of Jesus that grows in our life, the Lord is my sovereign Lord. Love Jesus so you will find his greatness in your life. Amen!

In a vision, God told me,
"You Elie I chose you and I was placed you very far in the desert in order to be my direction in the world.”  I am the instrument of God which he is using me to perform his work in the world. Isaiah 7:14-15. God spoke the same word to Isaiah and to John the Baptist. A voice cries in the wilderness Prepare the way of the Lord, make straight in the desert a highway for our God. Isaiah 40: 3 (KJV)

My brothers and sisters in Christ, thank you very much for the love of the Lord which arises in you by the way you're supporting, evangelize the word of the truth through the 4 corners of the world. The word of truth is the presence of the Lord Jesus Christ who manifests his presence spiritual divine to us. Always be hard with determination to achieve success in our lives and as well for our family.


Be happy for those who embrace the right light in your life, Jesus has come by Emmanuel to plant into your life the truth of the word of God so that you have eternal life in the kingdom of God that covers David's kingdom on earth. David's kingdom is already down on earth of the DRC to implement the Justice of God and give the right to live to his people and liberate those who have become like animals in the zoo. God told me, "Those who believe in you Elijah will be happy and those who support you, they will be proclaimed. “Believe to my word, you are blessed in the Mighty Name of Jesus Christ, Amen!” 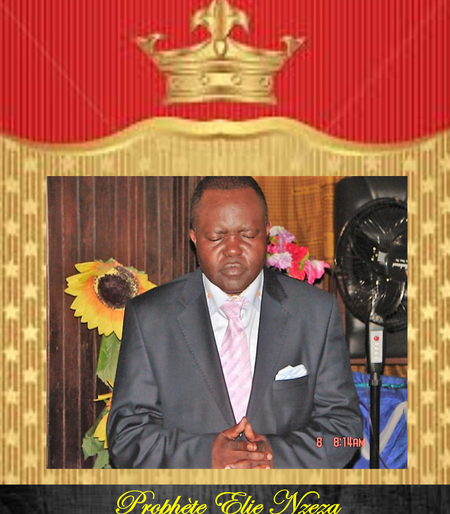 The white envelope and a rainbow

Also I was in heaven I saw on the space of the earth a white envelope and a rainbow were descending on the earth. While I have paid my attention to those two things I have realized that were my mission on earth. 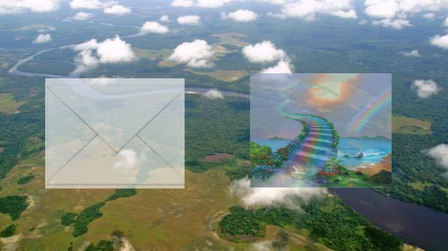 God revealed the nature of the prophet Elijah Nzeza and said, "You're like one of my teeth was moved, and now I have recovered it" Having heard the Word of God addressed to me, I said, "Oh Lord I plant definitively to you."
After I heard the Holy Spirit of God has glorified the Lord Jesus Christ through this beautiful charming speech, and said: "By the power of Heaven that Jesus' name be glorified, that the love of the Lord is filled in heaven, Jesus Christ is the King of kings. Amen.

God the Almighty has established as his son among the son of God to the lineage of Jesus.

“Finally! One like me,
with bones from my bones
and a body from my body.
She was taken out of a man,
so I will call her ‘woman.’”

24 That is why a man leaves his father and mother and is joined to his wife. In this way two people become one. Genesis 2:21-24 Easy-to-Read Version (ERV)


If God has mentioned I am as one of his teeth which was moved for certain period means that since my childhood, I was deflected by paths that were not my destinies, for example I was Muslim for 30 years, and I was on the perdition of my life like a lost sheep but the shepherd the Lord Jesus Christ has recovered and placed me permanently where I had come.


For the love of God Almighty I came by the WORD of the Lord as a bone of Jesus in order to serve him on the earth by his Spirit by which we are one person and one Spirit. The Lord Jesus mentioned and said, "I take the form of a man and I leave to him."


Christ Comes to the World

By a vision God opened my eyes and brought me to heaven I saw how the heaven celebrate my conversion as I became a Christian.  There was a big celebration in heaven by the angels of God; the rain fell in abundance God has recovered one of his teeth lost, the joy and glory of Jesus were manifested. Glory to God is one God and he is the Father Majesty.

14 But the Lord will still show you this sign:

The young woman is pregnant
and will give birth to a son.
She will name him Immanuel.
15 He will eat milk curds and honey
as he learns to choose good and refuse evil.   Isaiah 7:14-15Easy-to-Read Version (ERV)

When the Lord reveals the hidden secrets of God for our lives, the Holy Spirit takes GLORIFYING the Lord through His infinite love. The Holy Spirit of God loves us very much looking for the face of God. Meditate on God's word day and night so that we become like a plant that view beside a river that produces fruit every season. (Psalm 1: 1-6)
Truly we have become children of God through the sanctification of the blood of Jesus Christ and God has opened the doors for us because of the love of Jesus. The mercy of Jesus made God to be patient and to restore us to the true form of God's children.
All, like Jesus ever having a BIG HEART as the Lord who bore all our sins to carry on the CROSS to the final destination. By this he deserved to wear the crown by the authority of the CROSS, the SUPREME authority AUTHORITY OF VALUE, the AUTHORITY OF TRUTH, over all in heaven and on earth. And he has sanctified and redeemed by the BLOOD OF GOD which we have become God's children by his image. I blessed the Lord with my whole personality, He is the King of kings.

The true nature and mission of the prophet Elijah Nzeza.